By Jatin Kamboj on May 30, 2015Comments Off on After Uttarakhand, Uttar Pradesh ban Maggi, NGO demands ban on sale of Maggi in Himachal Pradesh 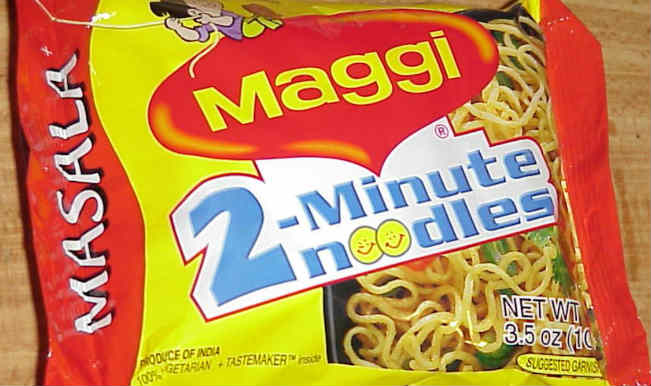 Shimla : After a ban on use of Maggi Noddles by Uttar Pradesh and Uttarakhand governments, an NGO today sought an immediate ban on the sale and advertisements of Maggi noddles in the state. Umang Foundation, a public welfare trust, today urged the Himachal government to immediately impose a ban on sale and advertisments of Maggi Noodles.The Uttar Pradesh and Uttarakhand governments have already initiated action against the product being harmful to children’s health. “But in Himachal, no action has been taken by the government so far,” Surinder Kumar, trustee of the foundation said. “Maggi has poisonous contents which can lead to serious ailments in kids but now it has been proved that Maggi Noodles are harmful for health due to its poisonous ingredients,” he said, adding that the samples collected from UP and Uttarakhand by the government officials were tested in a prestigious laboratory.