By Jatin Kamboj on May 30, 2015Comments Off on Badal demands Rs.117 crores for memorial projects, nothing for tourism promotion 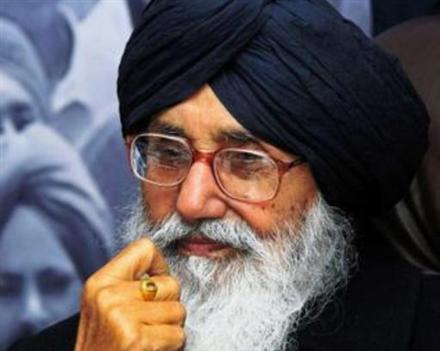 Badal demands Rs.117 crores for memorial projects, nothing for tourism promotion
NEW DELHI: Punjab Chief Minister Parkash Singh Badal who met the Union Minister for Tourism & Culture Mr. Mahesh Sharma at Delhi on Friday returned with the promise of getting Rs. 117 crore for the completion of ongoing construction of four memorials but Chief Minister had not demanded any funds for promotion of tourism in the state. Punjab is lacking in tourism infrastructure and hardly any efforts are made to tap the potential available in the state.
Sharma told the Chief Minister that his Ministry would soon girant financial assistance of Rs. 35 crore for the Bhagwan Valmik Tirath Sthal, Amritsar under PRASAD scheme. Likewise, the Union Minister also agreed to release Rs. 10 crore for War Memorial Amritsar besides Rs. 37 crore for funding the upcoming Jang-e-Azadi Memorial at Kartarpur (Jalandhar) through its inclusion in freedom trail under SWADESH DARSHAN.
Acceding to another demand raised by the Chief Minister for seeking additional funds for the prestigious Virasat-e-Khalsa at Sri Anandpur Sahib, Sharma agreed in principle to release Rs. 35 crore shortly for the completion of its second phase.
Meanwhile, the Chief Minister also extended personal invitation to Mr. Sharma to participate in the prestigious 350thfoundation day of Sri Anandpur Sahib Celebrations on June 19, 2015. He also requested Mr. Sharma to announce some specific project on this historic occasion and thus mooted a proposal of setting up of a Recreation Centre-cum-Theme Park jointly by the state government and GoI here as part of a larger tourist hub encompassing and benefitting the states of Himachal, Jammu and Kashmir besides Punjab. Mr. Badal categorically said that the issue related to availability of land would not pose any problem as the State Government was committed to provide the entire land required for this project free of cost.